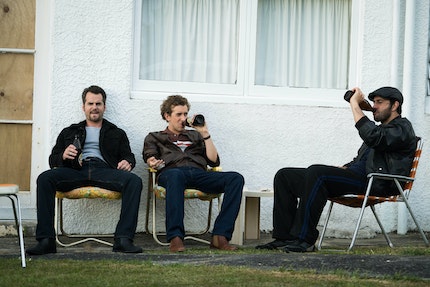 The wives financially support their men… which doesn’t go down well and the Springbok tour divides the gang and the country. The stuttering South African job creates tension in the cash-strapped gang, Rita, Ngaire and Carol end up financially supporting their husbands… which doesn’t go down well. Carol embarks on an intoxicating scheme to get Phineas’ sperm secretly tested. Rita’s grand plan for Evan could be unhinged by Wolf’s affair with Joanne. Lefty and Phineas go against the gang’s wishes and rob the RSA, with disastrous results. Lefty’s arrest and impending prison sentence puts Mike in a compromising situation with Ngaire, who delivers an ultimatum. Lefty tries to save himself and offers to rat on Ted. While the gang’s days look numbered, Rita and Ted’s jobs are about to cross and it just could be the Wests against the rest.