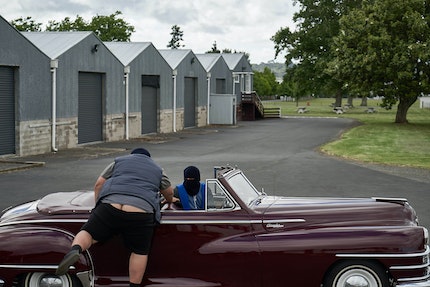 Rita’s in charge of her first big job and the stakes have never been higher but can she rely on those closest to her? Rita feels the pressure of her first job in charge with a cast of thousands, but her main worries are closer to home. Falani’s youth group steals Evan’s prized possessions, his classic cars. When Evan leaves the house, Rita and her crew cleans him out thoroughly, but the main prize eludes her. Lefty and Phineas are left out in the cold and Carol discovers Phineas’ sperm is out for the count. When Evan arrives home to an empty house, he takes it extremely hard and suspects those closest to him. Wolf thinks Rita went too far with Evan and his divided loyalties irk Ted. Rita suspects she’s been be played by Belinda and Joanne.